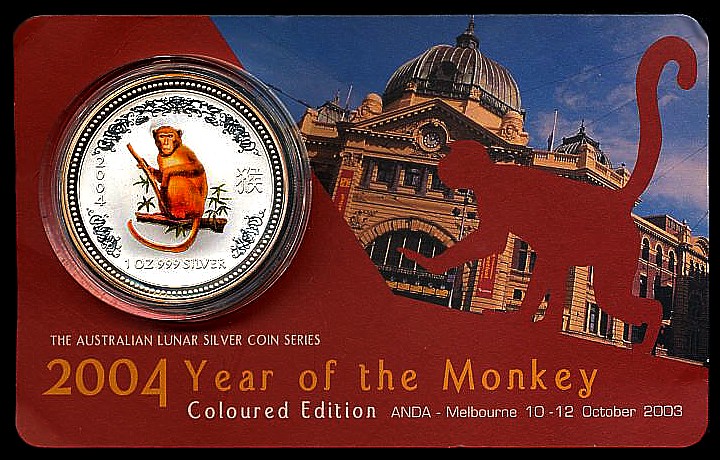 The coin is struck by The Perth Mint from 1oz of 99.9% pure silver in specimen quality.

The reverse of the coin depicts a coloured monkey. The Chinese character for ‘monkey’ appears in the design.

Issued as Australian legal tender, the obverse of the coin bears the Ian Rank-Broadley effigy of Her Majesty Queen Elizabeth II and the monetary denomination.

The coin is housed in a capsule and shipper identifying it as The Perth Mint’s official 2004 Melbourne ANDA Show Special.