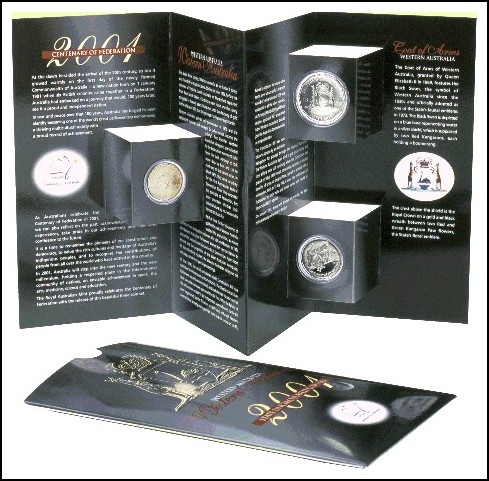 Janice Ng, from Forrestfield Senior High School, created her design during late 2000 as a Year 10 student, in response to a national competition by the Royal Australian Mint. Her design was selected from approximately 300 entries from 95 primary and secondary schools throughout the State to form part of a special coin series commemorating Australia's Centenary of Federation.

This is the first time a set of coins has been issued specially for WA by the Royal Australian Mint since decimal currency was introduced in Australia in 1966.The 20c coin featuring the design by Janice, a 50c piece depicting the Western Australian Coat of Arms, and a $1 coin showing the Centenary of Federation logo are combined in a Three Coin Set for Western Australia.. 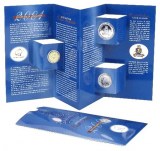 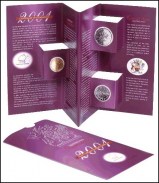 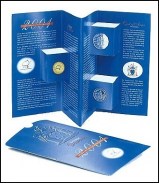 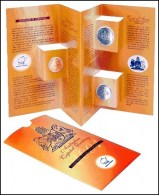 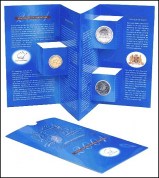 2001: NSW - 3 Coin Unc. Set - Centenary of Federation
Back to: Uncirculated/Circulated