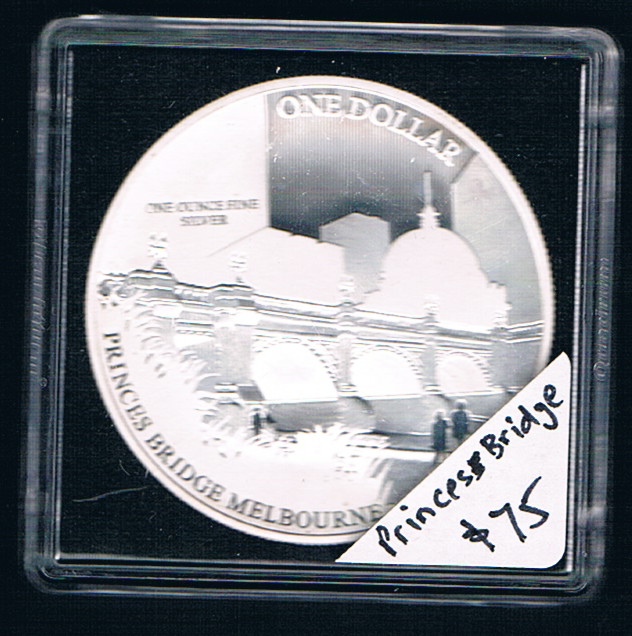 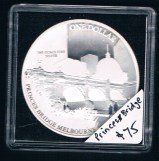 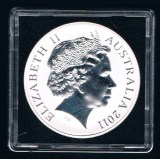 Coin Features
This coin features the Princes Bridge in Melbourne.  Princes Bridge, originally Prince's Bridge, is a bridge in central Melbourne, Australia that spans the Yarra River. It is built on the site of one of the oldest river crossings in the city, and forms a gateway into the central city from the south. The bridge connects Swanston Street on the north bank of the Yarra River to St Kilda Road on the south bank, and carries road, tram and pedestrian traffic. The present bridge was built in 1888.