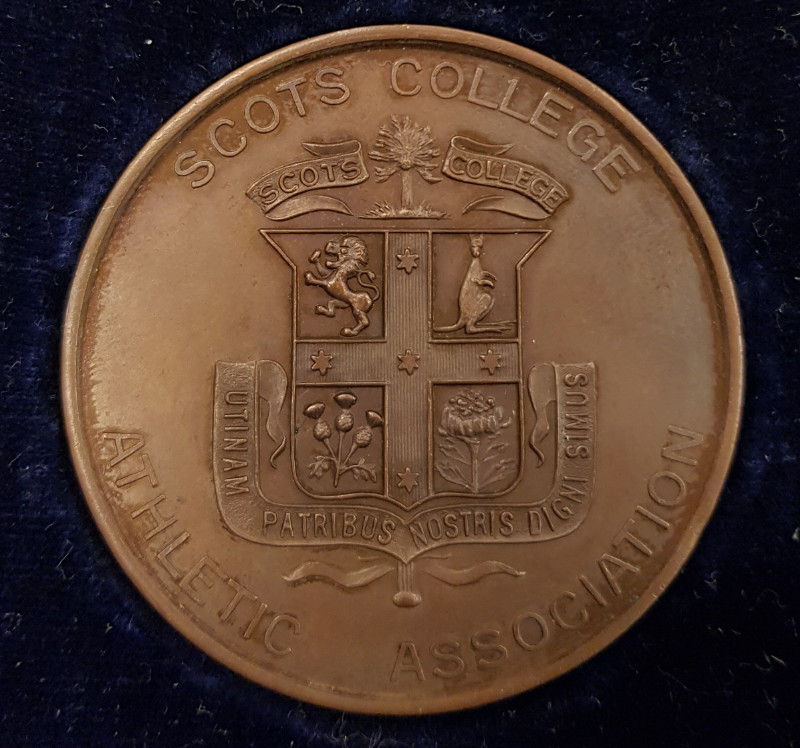 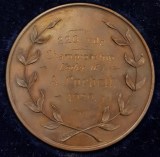 The Scots College is a multi-campus independent Presbyterian single-sex primary and secondary day and boarding school for boys, predominately located in Bellevue Hill, an eastern suburb of Sydney, New South Wales, Australia.  The college was formed in 1893 by three men, Archibald Gilchrist, William "Fighting Mac" Dill-Macky, and Arthur Aspinall. Gilchrist devised the school motto of "Utinam Patribus Nostris Digni Simus", which may be translated from Latin as "O that we may be worthy of our forefathers".

Medallion features a wreath.  Inside the wreath the following has been hand engraved: