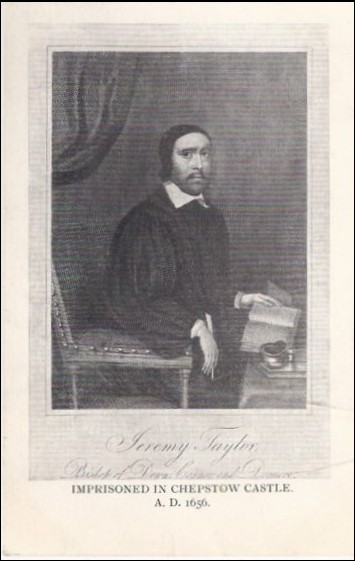 Great Britain - early 1900's unused b&w card with portrait of Bishop Jeremy Taylor.  Jeremy Taylor (1613–67) was a cleric in the Church of England who achieved fame as an author during the Protectorate of Oliver Cromwell. He went on to become chaplain in ordinary to King Charles I and as a result this later made him politically suspect and he was briefly imprisoned several times. Eventually, he was allowed to live quietly in Wales, where he became the private chaplain of the Earl of Carbery. At the Restoration, his political star was on the rise, and he was made Bishop of Down and Connor in Ireland. He also became vice-chancellor of the University of Dublin.

Has some album marks and a moderate crease across bottom third.